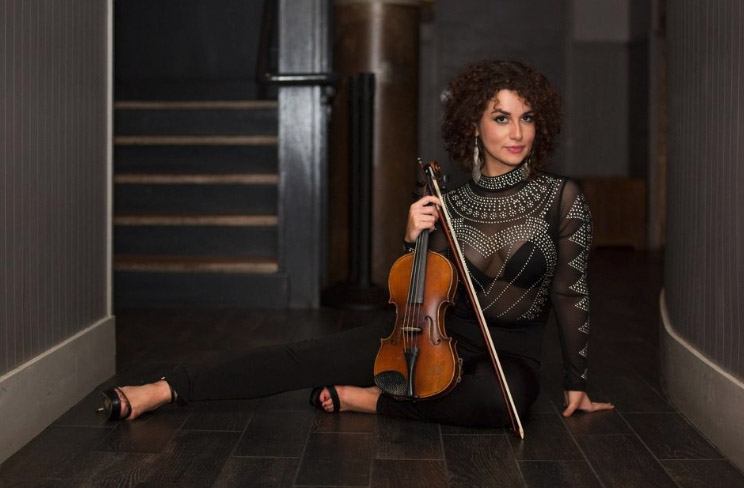 As this Bancroft alumna proves, amazing things can happen when you're inspired to pursue your passions and engage with your community — and the world — in meaningful and impactful ways. This recent Telegram article (reproduced with permission) by Richard Duckett, with photos by Scott Raymond and Eda Stafani, beautifully captured the phenomenon that is Kristina:

WORCESTER — There was one side of Kristina Danga on display at the Boston Calling Music Festival in May as she played electronic violin with fellow String Candy Music musicians performing for Eminem.

Everyone involved was “so modest, so talented and there to have a good time and put on a show,” said Danga, who has been getting a lot of attention recently from both music professionals and fans, including followers on social media.

The Eminem experience was the young Worcester native’s musical highlight of the year, if not her entire music career. “It was truly a surreal moment in my career. As an artist you spend so much time and energy preparing for moments like this, sometimes with no idea of when or how they will come, so to be able to perform with an icon such as Eminem and so many other extremely talented musicians was an experience of a lifetime.”

Another side of Danga’s life you won’t likely see, however, is as part of a four-person research lab at Brigham and Women’s Hospital and Harvard Medical School studying a very rare and aggressive carcinoma (NUT midline carcinoma). The work includes 10 to 12 experiments a week testing different drugs. 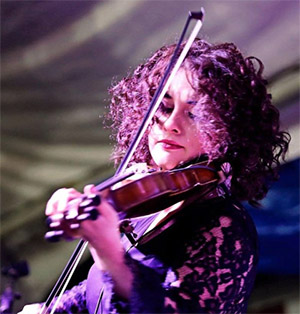 Danga was born and grew up in Worcester, where she still lives, commuting for long work days and then evening performances in the Boston area or recording at Surefire Creative Studios in Lowell. She has collaborated on projects such as the soundtrack for the Michael Flatley film “A Little Bit of Tear” and is working on recording her own EP. She has just released a track, “Zeal,” an evocative instrumental.

Other sides of Danga that people have seen include an award-winning pianist while a student at the Bancroft School, as well as a church organist. She’s played violin at Albanian festivals.

It’s not a double life, but last year Danga did graduate from Wheaton College with a double major degree in neuroscience and music performance.

“She’s a force to be reckoned with,” said Patrice Peris of Patrice Peris Voice Studio in Westboro, who has been mentoring Danga on aspects of the artist management/business side of music....